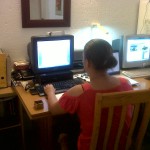 The real necessities in your life is to protect the ones you love, by providing a roof over their heads and security.

As humans, we can believe anything that we choose to, whether it’s a lie or the truth. Humans can set their goals based on wants and needs to achieve them, some can be because of another’s expectations, societal influence and morality or self-assurance of “can”. But, once set, it is embed so deep that whether the process is painful or not, the result is; of endurance and focus is satisfactory.

We are driven by norm or the opposite, which if opposite, is termed untoward in human behavior. Lack of a drive or determination is such, weakness, immorality, ruthless etc. Whilst those who find themselves staggering in that container, are easily lured from the norm and helped understand that the solution lies in secondary options of either, self-destruction, self-inflicted or directed pain, or end. This is the end of a goal or perspective thereof.

So, what was the meaning of it all, the start was the end, it was wrong.

I believe as humans, like a building without a strong pillar to support, collapses. So is the journey of humans without preparation. One must “learn to learn” as the turns of the road are known by those who traveled it before. Prepare in spirit, mind and body to anchor in, the believe in times of weakness. Ahh!? Now weakness is a strength, never thought of that. Yes, it is in weakness that we get strong through the pillars set to indefinitely support us.

And it is in pride that we face destruction, reason? We lack learning to learn. This is the ingredient to success, the core of survival. “my way” without guidance is collapsing to endless ruins. Believing takes a learning to learn skill to be strong. I believe it takes 1 to get to 2 if 1+_=2. So to advance or better life, you need 1 to instill in you beliefs of old, then you set them in order and you will discover that the need of 1 is the reason for 2. The reason for growth is the current state, the need for betterment is the current condition, hence the need for substance is, the ingredient. Oops! It’s the same thing. Yes, it’s the ingredient we need to strengthen, to allow us hope, faith, courage, optimism, expectation and, not despair.

Mistakes of the past cannot be the rights of the future, ie. “A wrong will always be a wrong”. By this we learn that the Power we refuse to learn to believe in, is the ingredient missed and lacked by the past.

A positive outcome lies in the truth of the power behind my beliefs. Once your weakness is turned to strength, “My way” don’t exist but “1 way”.  The power of 1 deserves all the credit for it is the reason for 2. So don’t choose to either believe in affirmative or negative, but believe in “true good”, unconditionally.

Support The Cultural Carnival Event, its for a good cause. 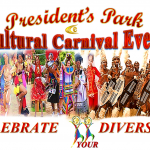